The tobacco plant belongs to the Solanaceae family, which also includes the potato, the aubergine, the tomato and the pepper. This annual – or sometimes pluriannual – crop has a straight stem 1-3 metres high, and elliptical or lanceolateleaves that contain mineral salts, sugars, proteins, resins, aromatic essences, volatile compounds and nicotine. The plant produces attractive cob-shaped blossoms, while the fruit is a capsule containing tiny brown seeds, round or elliptical in shape, which remain vital for 4-5 years in ordinary environmental conditions. Starting from the 16th century, the tobacco plant spread rapidly from America throughout the world, separating out into a host of different varieties, thanks to its excellent ability to adapt to different environments. Today tobacco is grown in a hundred or so countries, most of them in the developing world. The continents where tobacco farming is most widespread are Asia (especially China, India and Turkey) and America (the USA and Brazil), but the plant is also grown in Europe (in Italy, Greece, Bulgaria, Poland and Russia), Africa (Zimbabwe and Malawi) and Oceania (Australia and New Zealand).

Different results are obtained in each area, because the climate and the earth have a decisive role to play. 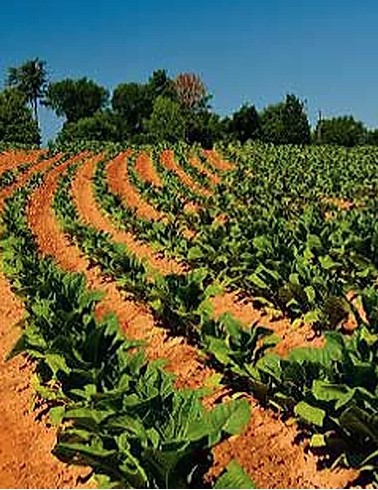 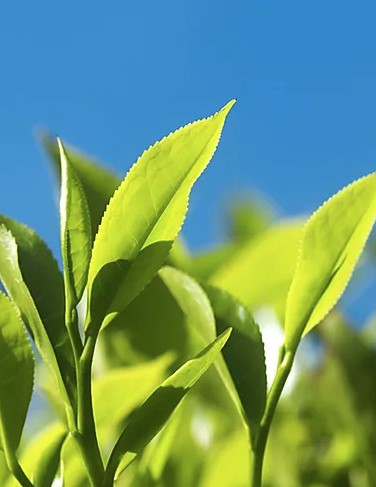 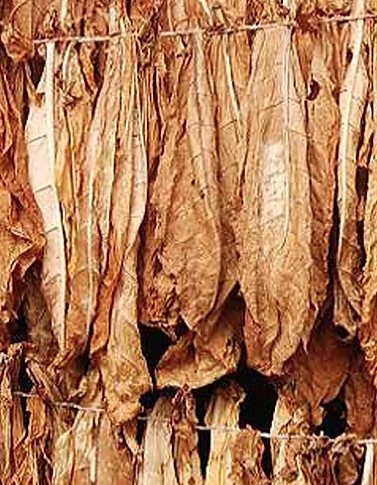 The history of tobacco

Tobacco did not arrive in Europe until America was discovered, but the native peoples of the American continent had already been smoking it for ritual purposes for a very long time

Tobacco has been smoked since ancient times. In the pre-Colombian era tobacco smoking was deeply rooted in the customs, culture and religious rituals of all the native ethnic groups. When Christopher Columbus and his crew landed on San Salvador Island in 1492, they noted that many of the natives were holding a sort of stick in their hand, lit at one end, and were inhaling the smoke from the other end. During the 16th century, tobacco spread from the New World into Europe. It appears certain that it was grown for the first time in the royal gardens in Lisbon in 1558, and that the French ambassador Jean Nicot sent the seeds from Portugal to France towards 1560.
Initially, this new “American grass” was mainly used for medicinal purposes, since it was believed to cure numerous ills, which is why it became the preserve of pharmacists. It was used to fight plague, gastric ulcers and lung infections; sores were believed to become less virulent once they were smoked, and tobacco was reputed to be a miracle cure for tooth decay.
During the 17th century, tobacco’s reputation as a medicinal herb gradually waned, and it began to be used for pleasure, in forms that varied according to social status: soldiers chewed it, officers smoked it in a pipe, aristocrats held it up to their nostrils to savour the aroma. In the 18th century, any middle-class man who aspired to become a true gentleman had to have a nose for tobacco, and finely crafted gold snuffboxes became very much a status symbol of the period.
In the first half of the 19th century, cigars – initially smoked only by the Spanish – became extremely fashionable in drawing rooms throughout Europe.
This century also saw the spread of cigarette smoking, which became increasingly popular in Europe after the Crimean War, when the soldiers returned home with little paper cylinders filled with tobacco. In the early days, cigarettes were made by hand; it was not until 1880 that the first mechanical cigarette rolling machine was introduced in the United States.

There are several varieties of tobacco, which differ in terms of characteristics, the weather required to grow them and how the leaves are treated after harvesting.

The three most common types of tobacco are Virginia, Burley and Oriental.

VIRGINIA TOBACCO
Virginia tobacco takes its name from the state in America where the British first started growing it in 1612. It belongs to the flue-cured group, i.e. the leaves are dried with a stream of hot air, and it is very popular for its mild, gentle, aromatic flavour and excellent combustion. It is grown all over the world: in North America (Virginia, North and South Carolina,Georgia, Florida and Alabama), South America (Argentina and Brazil), Africa (South Africa, Zimbabwe, Malawi, Tanzania and Zambia), Asia (India, Pakistan, Philippines, South Korea, Thailand, Japan and above all China), in Oceania (Australia and New Zealand) and in Europe (Eastern Europe, Greece and Italy).

BURLEY TOBACCO
Burley tobacco is darker than other varieties, because it is air cured, i.e. the leaves are dried in the open air until they take on a colour that ranges from light to dark brown. The flavour resembles that of a cigar. It is produced mainly in the USA, but is also grown in Europe, Asia, Africa, Central and South America.

ORIENTAL VARIETIES
Oriental tobacco varieties are all sun-cured, i.e. the leaves are dried in the sun. The leaves are typically small and golden-yellow in colour, but they may also be darker, varying from yellow-green through to brown. These superbly aromatic varieties are grown mainly in the coastal areas of the Eastern Mediterranean, the Aegean Sea, the Sea of Marmara and the Black Sea.

We believe that the tobacco sector should be subjected to a set of regulations and standards able both to protect consumers and reconcile the various interests involved.

Hundreds of thousands of farmers grow tobacco, and the tobacco industry provides millions of jobs. Tobacco products are the consumables that are taxed most heavily, thus representing a significant source of income for all countries. Despite the widespread awareness of the health risks it poses, there are around a billion people in the world today who smoke.
Based on the considerations above, although the production and sale of tobacco products is a source of serious concern among a large slice of the public, the idea of it being banned appears unrealistic.
An objective approach to the issue is required. Our opinion is that tobacco manufacturers must conduct their business responsibly, while governments must work towards the adoption of a balanced regulatory framework able to take account of the needs of all the stakeholders involved: the health authorities, ministries of the economy, farmers, tobacco manufacturers, consumers, non-smokers. A policy is required to prevent and discourage smoking, with carefully targeted campaigns aimed at primary school children upwards, support therapy for those trying to give up smoking, and more detailed, transparent information on the products on the market. It is equally important, however, to take due account of the potential repercussions of overly restrictive regulations, which might contribute to the growth of the black market and the sale of counterfeit or illegally imported tobacco products. The risks associated with a growing illegal market would be significant in terms not only of the loss of tax revenue, but above all of the risks posed to consumers’ safety by a slackening of the tight controls imposed on their products by companies operating on the legal market.